To me, proper Champagne is like an ice sculpture - striking yet delicate, intricate but balanced, it has its way of evoking style and splendor. I’ll be honest - give me a glass of Champagne any day of the year and I’m pleased. But there are reasons people drink it to welcome the New Year, and I can’t exactly blame them. Its association with celebration - and luxury - dates back centuries, a tradition well worth preserving amidst the wild and turbulent wine renaissance we find ourselves in. But changes are afoot in the region of Champagne as well - I rang in 2023 with Chavost’s Blanc d’Assemblage, a zero-sulfur sparkling wine from a “classic” region that too is hitching its wagon to the “natural” train. A blend of a Pinot Meunier and Chardonnay, this chalky wine proves you can very much be Champagne and “natural” at the same time.

With Champagne, a wine with as dynamically involved a production process as history, it’s impossible to know where to start. We could go back to the 5th century, to Roman times, when the region became known for lighter and fruitier still wines distinct from their more rustic Italian counterparts. Or we could recall the year 987, when Hugh Capet was crowned King of France in Reims, Champagne, forever bestowing the region and its wines with an air of royalty and luxury. We need not even go that far back; the events of the 19th century fundamentally transformed Champagne, where the méthode champenoise, or the way Champagne is largely made today,proliferated, and wine production skyrocketed.

The influence of Champagne can be felt the world over - sparkling wines across the globe are made in the méthode champenoise, and the region has taught many vignerons to perceive a higher acidity level in grapes as a potential asset rather than a flaw. Needless to say, it’s also vital to the story of natural wine, with producers known and obscure shifting towards evermore time-consuming yet rewarding winegrowing. This change, however, is coming from the bottom up, with Chavost serving as a prime example. It is a small project that was founded in 1946 by a group of growers out of the village Chavot-Courcourt. For decades it functioned as a co-op, aiding farmers by largely selling grapes and juice to larger Champagne houses. Then came Fabian Daviaux, who became the estate’s “chef de cave”, or winemaster, in 2019. He managed to convince the growers to shift their practices in a natural direction, and began to produce zero-sulfur-added cuvées. It’s hard to overstate how much of a gamble this was in Champagne, where Daviaux certainly experienced pushback. Sulfur can play a role in both “stabilizing” the wine and maintaining the vivacity of the bubbles. Yet the zero-zero wines vinified by Chavost have more than proved themselves, preserving the essence of Champagne while keeping itself electrifyingly fresh. 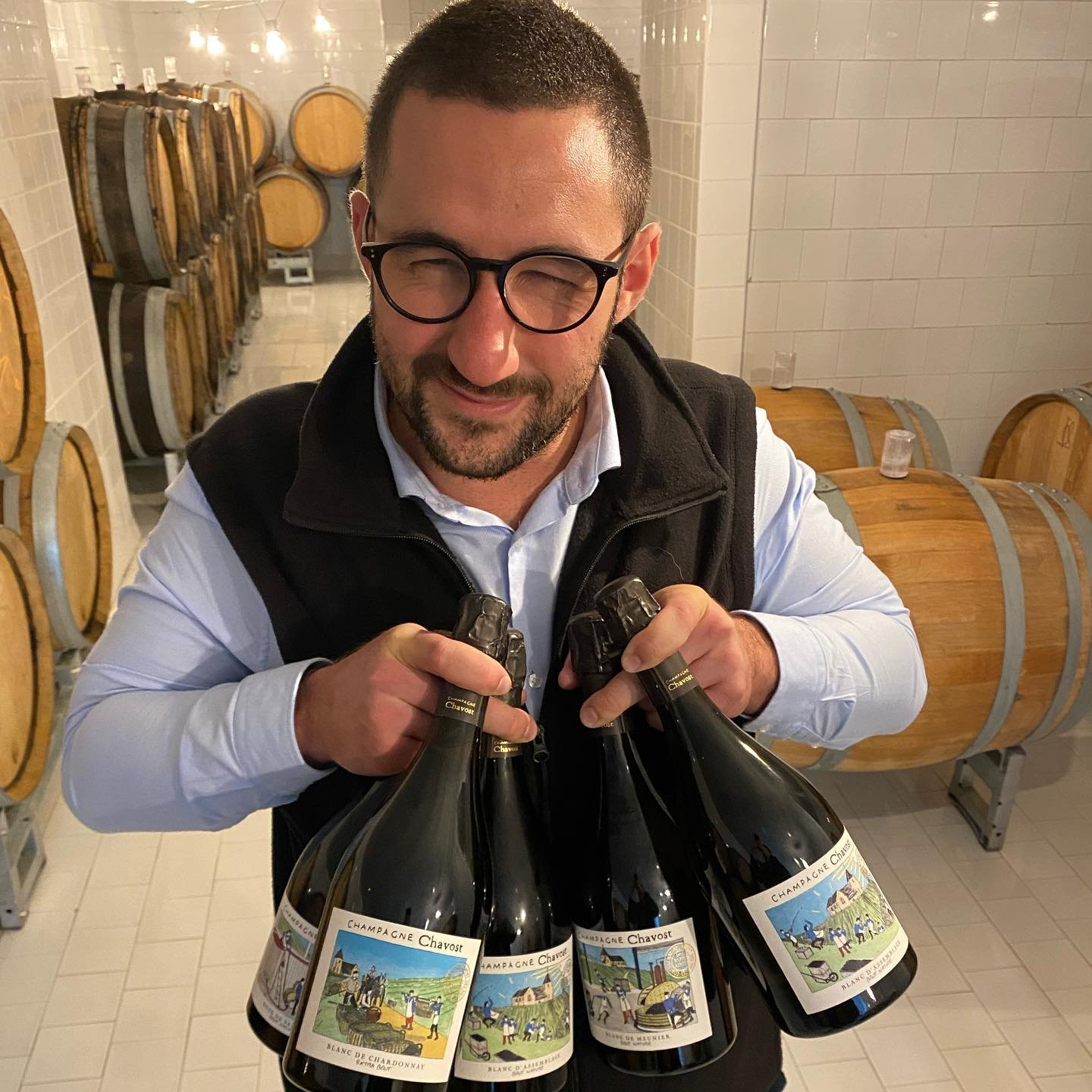 The grapes for Chavost’s “Blanc d’Assemblage” come from clay and limestone soils outside of Chavot-Courcourt. It’s Champagne through and through - dense, lively bubbles carry a seemingly boundless palate of lemon-ice and tart green apples, all overlaying a chalky minerality. This was all augured by the nose, which was as complex as the taste. The wine is textured and provided a deceptively lengthy finish, with the chalkiness lingering between my sips. Though all I had with this wine was a good time, there’s no doubt this is a food-friendly Champagne.

And to be honest, the wine didn’t last us very long. It seemed that as soon as I had my notes down it was gone - such is the fate of any open bottle of good wine. It’s an open question whether this wine would have evolved as it sat with exposure to oxygen. I’ve found that zero-sulfur wines tend to be more “alive” in this sense; they respond more quickly to oxygen, for better or worse. The Chavost, in all its intricate detail, tasted as though it could go in any possible direction, which is a big part of the thrill of natural wines. We’re all just along for the ride, even if, as in my case, it’s a rather short one.