Some wines are meant to be contemplated over, to be studied, to be dissected in an effort to seek out each aroma that wisps from the glass, charting the evolution from when the wine is opened to when the last drop is consumed. I’ve spent many a day and night with my nose in a wine glass, sniffing with a focused determination, like a truffle pig on a hunt. Then comes the task of trying to break down what scents and sensory experiences a wine gives off and put it into words - and to be honest, it can be exhausting, especially when other people are around just trying to enjoy themselves, my wife can attest to this. Sometimes you just want to turn off your brain, to enjoy the moment, and to drink a wine for the pure pleasure of the taste in the company of good friends.

Admittedly, “Jimmykata” from Konpira Maru is just that wine. In their own words, “It is not a wine to contemplate, but to crack the second bottle because you'll need it.” This was the wine I required, to be simply enjoyed, but that’s not to say that Konpira Maru isn’t making some seriously delicious wines.

As all great ideas do, Konpira Maru began with two friends having a drink in a pub. Sam Cook had met Dr. Alastair Reed years earlier while studying viticulture and wine making at Melbourne, Australia’s NMIT. Dr. Reed lectured on entomology, eventually taking over as the head of the course, and through field trips, winery BBQs, house parties, and pub crawls, they became close friends. After graduating from NMIT and several years of work abroad, Sam returned to Australia, they reconnected, and the idea budded to make minimal intervention wines using maximum care, with a clear goal to, “produce wines we want to drink and to inject a little fun into an industry often accused of taking itself too seriously.”

In 2014 they sourced organically farmed grapes and released their first wine, a mere 600 bottles. As time went on, the idea blossomed, and in 2016 they took on their own vineyard, while continuing to work with organic growers in Victoria and Queensland. Now, with a production that nearly doubles annually, they are producing roughly 50,000 bottles this year.

The wines are fun, enjoyable, and likeable, with labels that clearly convey their ethos. Australia’s adopted star grape, Shiraz, along with Italian varietals Schioppettino, Sagrantino, Dolcetto, and Vermentino, in addition to Cabernet Sauvignon, Pinot Noir, Pinot Meunier, and others are used in the array of wines produced, all with eye-catching, entertaining labels. The playfulness of the wines balance the focused production methods and they have never lost sight of their goal since the winery’s inception.

As I crack open the second bottle of the night, not taking notes on color, aromas, weight, tannins, acidity, and everything else, it becomes apparent that this is the self-imposed mental break I needed - that wine and wine enjoyment go beyond the data and documentation. As the guys put it in regards to making wine, it can be a chance just to, “drink booze with like-minded people.” I’ll drink to that. 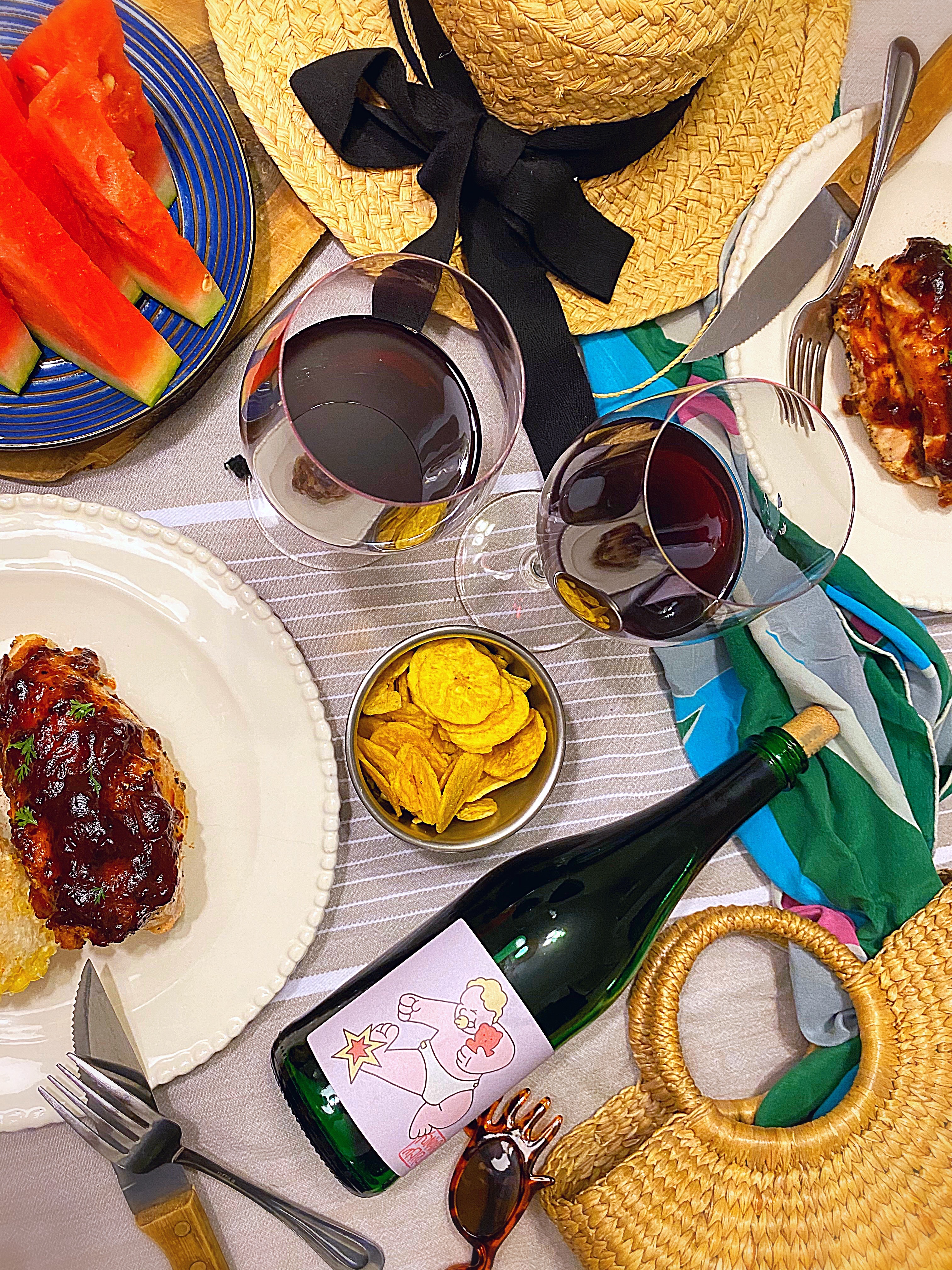