What is it that’s so alluring about a life in the vineyard? A pull so strong to make someone abandon whatever path they’ve been going down to begin another, to start anew. In an age where everything has been digitized, robotized, gone online, and is made in a factory, wine is something that goes back to the basics. It’s farming, growing grapes and allowing them to ferment, making something tangible that tastes ethereal. A product greater than the sum of its parts that makes you feel elated, aromas perfuming from the glass that can take you through memories - an ever changing elixir that has a birth, evolution, arc, decline, and eventual death. Am I being too poetic?

I can’t tell you how many winemaker profiles I’ve read stating that he, or she, or they, began doing something else, somewhere else, then decided that they needed to make wine. In other cases, it’s exactly where they began, then went out to find themselves, only to discover that where they wanted to be was where they already were. No one fits this profile better than Martin Texier.

Martin’s father, Eric Texier, was already a famous natural wine maker in the Northern Rhône after his own career path change. Like most kids, when Martin was old enough, he left the nest to fly in his own direction. He studied economics, and after finishing at University, he ventured into music and dj-ing, in addition to working in the wine industry in New York City. But, in 2014, he returned home and to his calling, to make wine in the Rhône Valley.

Martin now cultivates roughly 5 hectares of Syrah and Roussanne vines on the Brézème hillside, the oldest vines dating back to 1945, along with an additional 5.5 hectares of Syrah, Grenache, Cinsault, Clairette, and others in the town of St-Julien-en-St-Alban. Organic agriculture has always been practiced, fermentation is done by native yeast, and little, if any, SO2 is added, depending on the cuvée .

The 2019 Grenache comes from 30 year old vines planted in granitic soil with a veins of limestone, gneiss, and schist running through it. Whole buches are stomped by foot, followed by a week-long maceration, fermentation, and aging in concrete tanks. In the glass it is an intense, deep purple, emitting fresh, crushed blackberry, blueberry confiture, and peppery notes. The fresh berries travel through to the palate and are backed up by a medium-plus body, and young, but manageable tannins - a wine that is really showing its youth now, but could stand to mature over the next few years. Paired with braised and grilled meats, you’ve got yourself a fine meal to write home about.

One day, though I may be old, wrinkled, and grey, you will find me too amongst the vines, pruning, harvesting, fermenting - living out my days like Martin and so many others who have felt the allusive pull of the vines. 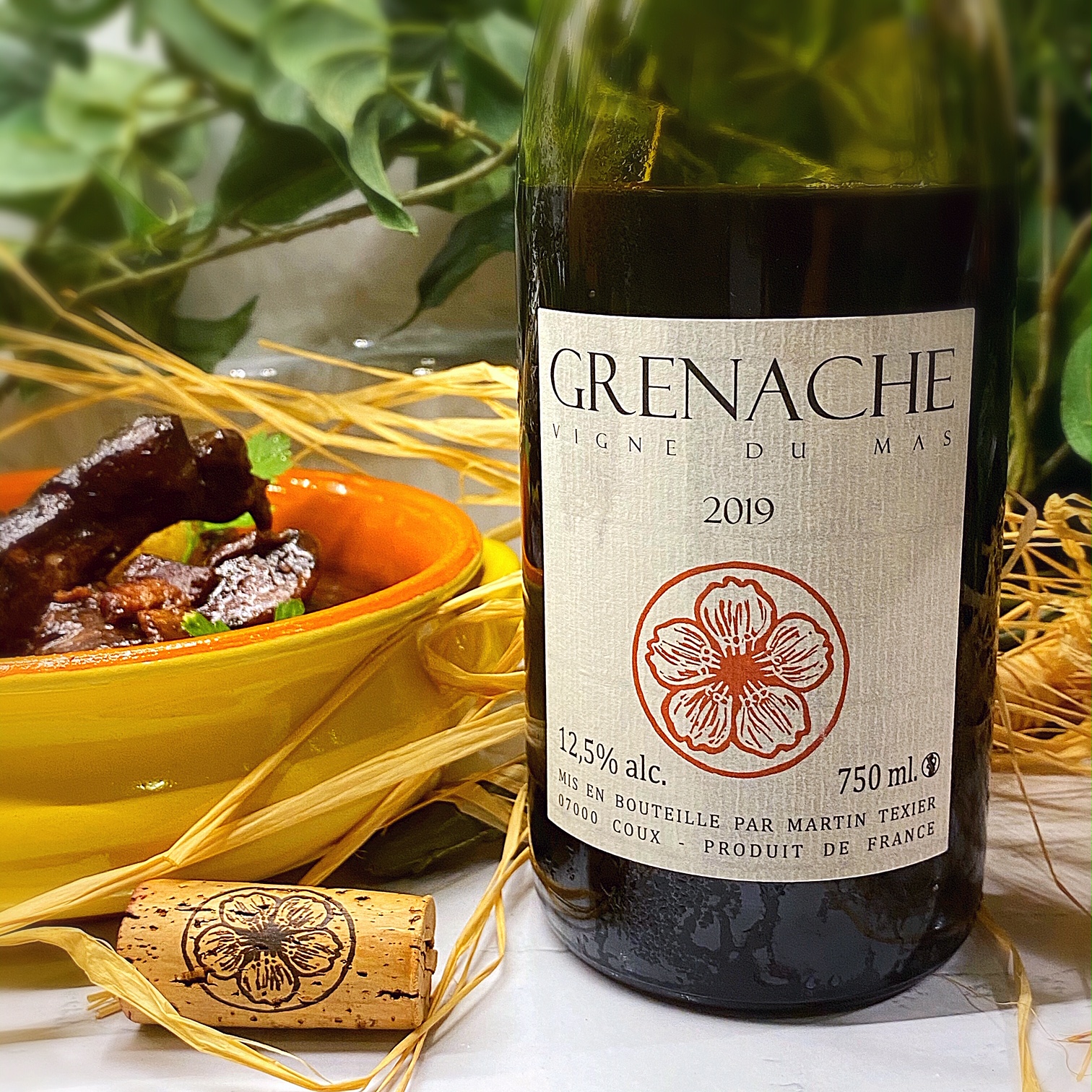