It’s hot. It’s in the 90s in New York, and these masks and bandanas are keeping the heat pressed against our faces. Sticky, tacky humidity is clinging our clothes to our bodies and I don’t know the last time I’ve pulled off my shoes without my socks being nearly soaked in sweat. I know, it’s gross. But we’re not going to stay inside, missing bbqs, picnics, and a chance to spend time in the parks. We just need to fight back. We need a weapon. We need rosé.

These pink wines we love so much and crave in the summer months can be made in many different ways and come in many different shades. As long as it’s pink, we are comfortable calling them rosé, despite the production method. And because of the spectrum of colors, flavors, and weights, they are incredibly versatile, and their chillability makes them cooling and refreshing. But how are they made, you ask?

For the majority of rosés on the market, a short maceration of red grapes on the skin, just to allow some pigments to be released before the skins are separated from the juice, is common. The amount of time varies depending on the varietal, as some grapes will impart color more quickly than others. Additionally, the style the winemaker wants to make will impact maceration times as well. Often, roses from the region of Provence in Southern France will be very pale, with little extraction of pigments due to a very short contact of the juice and skins. In contrast, the rosés from the AOC Tavel in the southern Rhone can be almost the equivalent color to a light red wine, and can pair with heavier food options.

Another type of rosé is made by the saignée method, or bleeding method., where a winemaker crushes red grapes, and after a period of time, removes some of the tinted juice, which will ferment separately. The remaining juice in contact with the skins will produce a more concentrated red, and you’ve got your bonus rosé to boot.

Blending red and white wines can also create a rosé, and is even allowed in the AOC of Champagne. And finally, another way is by a co-fermentation of red and white varietals, which can be popular in the natural wine world, but you never quite know what you’ll be getting until it’s finished. All technical aspects aside, rosés make great summer bbq wines, and Day Wines “Babycheeks” Rosé is an ideal accompaniment to warm weather picnics.

At 16, Brianne Day’s family moved to the Willamette Valley in Oregon, introducing her to the world of wine and sparking a curiosity in her at a young age. Years later she would sell everything she owned to travel the world visiting, and eventually working in, wineries. In 2012, Day Wines was born, allowing Brianne to craft her own natural wines using organically and biodynamically grown grapes.

The 2019 “Babycheeks” is a blend of 57% Malbec, 24% Cabernet Franc and 19% Tannat, direct pressed, so the skins leach very little pigment. In the glass it is pale salmon in color, and gently gives off aromas of ripe red cherry, red delicious apple, and whisper of summer strawberry. On the palate, the wine is soft, lush, and velvety on the tongue. Chilled down for a hot day in the park, there’s little more you could ask for, except maybe a fresh pair of socks. Cheers. 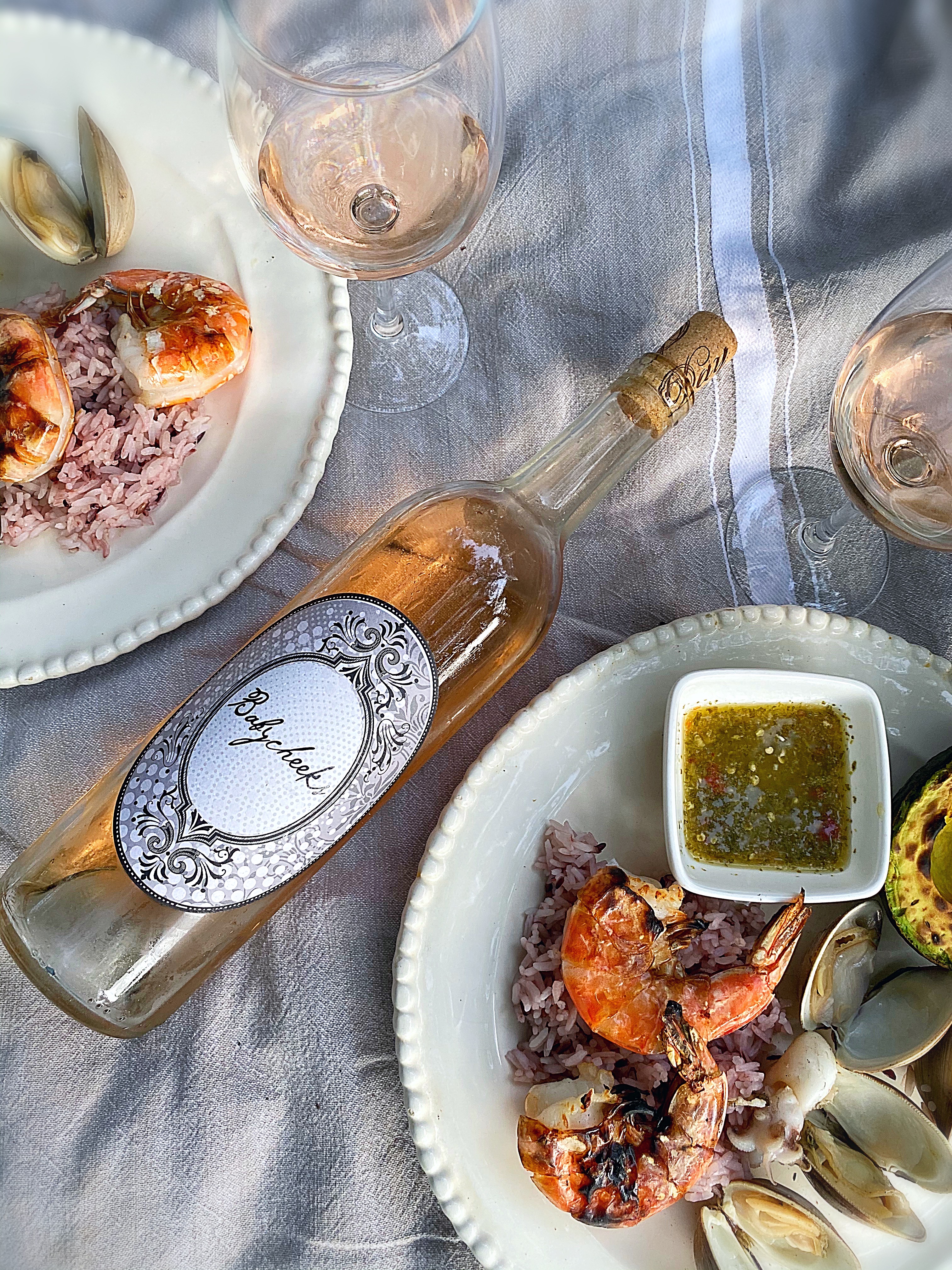