Just outside of the posh little town of Healdsburg in northern California lie rolling hills covered in vines, and nestled into the vines sit many wineries and their multi-million dollar tasting facilities, all trying to coax you in with their glitter and opulence.

They are good wineries with good winemakers and good wines, and one could easily spend an afternoon in some wicker chair tasting, accompanied by, say, a cracker-thin flatbread pizza topped with goat cheese, figs, and arugula, paired with some perfectly chilled, zippy little Sauvignon Blanc, and you’d have a lovely time without question. But as picturesque as this scene is, for the wine-hunter with a more discerning palate, one who cares more about the juice in the glass than the branded t-shirts and hats in the gift shop, a short drive farther down the road will reward your efforts with some of the finest wines in the Russian River Valley.

When you pull up to the property of Porter Creek, the stark realization that this winery is vastly different from the others becomes blatantly obvious. No multi-million dollar tasting room, no little pizzas, and not even a restroom that I can recall, although I’m sure they’d accommodate if you ask. Just a small wood shed that serves as the tasting room, big enough for no more than four people to fit in comfortably.

What’s been saved on lavish dégustation accommodations is made up for by the heavenly wines poured into the glass, one after another, in a friendly, unpretentious, very welcoming manner.

My first taste was a revelation. These were not the big bombshell wines of their neighbors. These wines showed reserve and subtlety, much in a Burgundian style. Without hesitation, I exclaimed that their Russian River Valley Pinot Noir “Fiona Hill” cuvée tasted remarkably like grand cru Burgundy! It seemed as though my remark delighted the gentleman pouring the wines, as he explained how winemaker Alex Davis had studied in France, and it was his goal to bring that elegance into the winery and the wines. He pointed through the open doors of the tasting room, to a steep hill just on the other side of the gravel parking area, stating, “That’s Fiona Hill.” It was really quite steep, far too treacherous for tractors or and machinery to be used, and it would require manual labor to tend to the vines and to harvest.

But Porter Creek’s story began far before Alex’s studies in France, with his father, George Davis, a self-taught winemaker. He purchased the vineyard in 1978, and at that time it was sparsely planted. He filled in the remaining plantable acreage with Chardonnay and Pinot Noir and began making wines in a time when Pinot Noir was still just a burgeoning varietal in this area. Though the wines were quite good, he saw the value in formal training and encouraged his son, Alex, to study at University. While attending Fresno State, he was introduced to the director of oenology at the Université de Bourgogne, a meeting that would allow him to work, and eventually attend winemaking school, in France.

During this time abroad, Alex learned alongside students from around the world, and following his training, he participated in harvests in the Rhône Valley and South Africa before returning to his family winery back in California.

His father reluctantly allowed him to take over some of the winemaking, as Alex pushed for a more Burgundian approach, versus the big, bold, knock-you-over-the-head style that was becoming a trend in these parts. Additionally, a move to native yeast fermentation, and organic and biodynamic farming led Porter Creek to a Demeter Certification in 2003. All of this hard work, focus, care, and knowledge comes through clearly in the wines, and following our tasting, my brother, who was in tow, and I scraped together what little money we had to go in on a few bottles. Each cuvée was unique, precise, and pure bliss in the glass, especially when paired with food.

And although a seafood boil may not be your first thought when it comes to pairing the 2017 Porter Creek Russian River Valley Chardonnay, especially after all of the mentions of Burgundy, the loads of melted butter, garlic, and heavily seasoned broth mirror the toasted, buttery, and spiced aromas of the wine, with the help of the 30% new French oak used for élevage. Equally, this wine would be right at home with French classics, including blanquette de veau, roasted or charcoal-grilled chicken, and sole meunière. As for the Pinots, roasted squab, wild boar, and mushroom fricassée are just the tip of the iceberg of ideal companions to these deeply earthy and nuanced reds.

All in all, the quality, attention to detail, and fineness of these wines are a clear representation and attestment of a winery that “goes the extra mile,” and for those wishing to find this hidden gem on the outskirts of Healdsburg, one must only do so in the literal sense. Cheers! 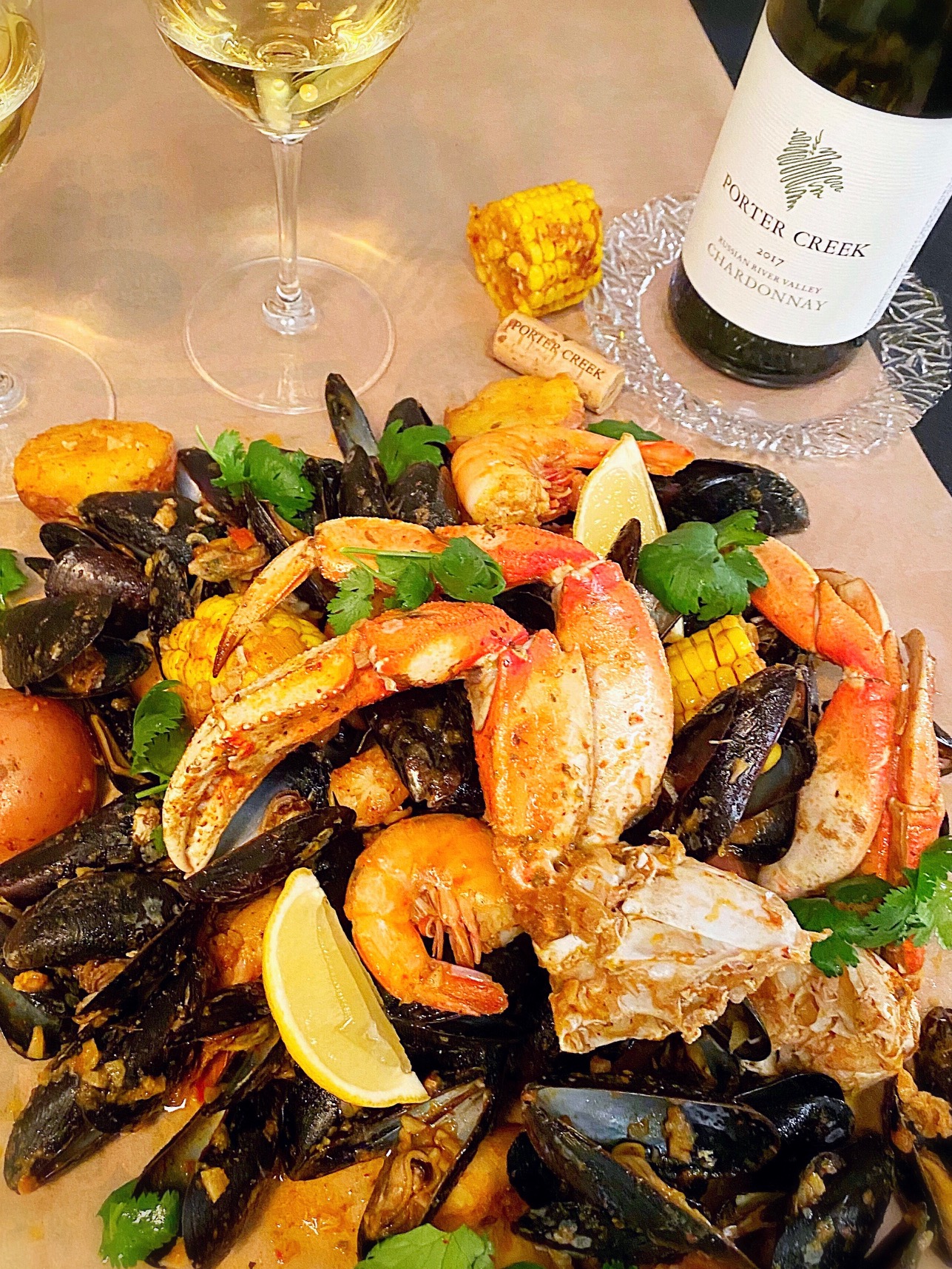 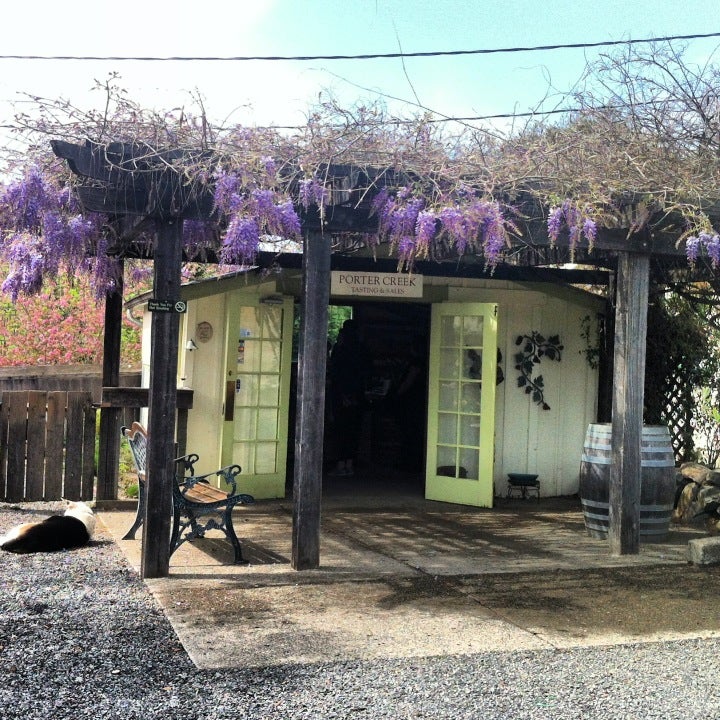