After some time off, my blog is back. There’s been no shortage of wines that have struck me in the past few weeks, which can make it near impossible to choose what to write about. But there was one bottle that surprised me more than any other: Antiyal’s Viñedo Escorial, a 2019 Carménère from winemaker Alvaro Espinoza. It’s a dense, communicative wine produced by a grape varietal that has come to forge a uniquely Chilean identity. I’ll be honest: South American wine, Chile included, has long been a blind spot for me. It’s a big wide world out there, with more and more beautiful wines growing wherever you look. It can be much too easy to get wrapped up in one little corner of it. Drinking Espinoza’s wine felt like a discovery of the best kind - a eureka moment, humbling me and offering a reminder that as much as I think I know about wine, there are still new and profound things to unearth.

This is my first deep dive into South American wine, and Alvaro Espinoza is an awesome winemaker to start with. He’s played an enormous role in building Chilean wine’s international reputation, and is one of the world’s foremost experts in the southern hemisphere. He’s equipped with decades of experience, having attended the University of Bordeaux and studied organic and biodynamic farming methods while in California. But his heart has always resided in his home country of Chile, where he planted one of the country’s first biodynamic vineyards in 1996. Such was the start of the “Antiyal” project, a Mapuche word that translates to “sons of the son”.

It’s a phrase that invokes the cosmos, a guiding force in serious biodynamic winemaking. And serious Espinoza is; after planting a couple of acres around the town of Alto Jahuel, a small town in the Maipo Valley in central Chile, he and his family has since expanded their vineyards, all adhering to biodynamic methods in a place widely bound to conventional agriculture. In addition to Carménère, they grow Syrah, Grenache, Cabernet Sauvignon, and Petit Verdot. They now oversee 20 hectares, with bare honest vines grown to exhibit the unique eccentricities of the Maipo Valley. The foothills of the Andes mountains provide a rocky and volcanic soil composition that shines through in Espinoza’s wines. There’s only so much I can say - the juice speaks for itself. 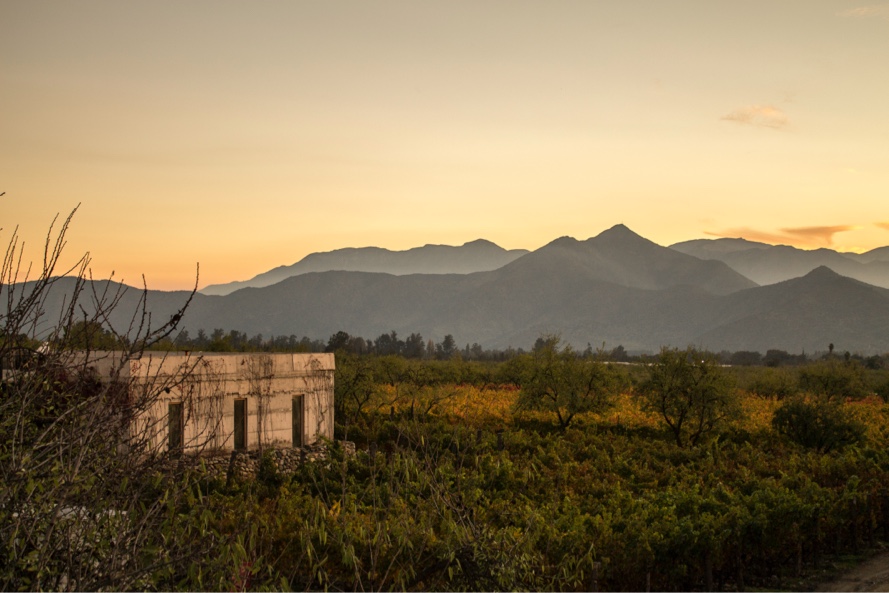 A view in the Maipo Valley. Source: antiyal.com

Carménère originates from France, but has found a welcome home in Chile. For decades it was mistaken for Merlot, likely due to its comparable ampelographic features and the softer tannic structure typically found on the palate. In the 90’s, grapevines across the country were uncovered as Carménère, and the wines have grown in quality ever since. It just so happens that Espinoza’s “Viñedo Escorial” is some of the best Carménère Chile has to offer. The 2019 vintage shows well right now, though it would doubtlessly age gracefully. On the nose the fruit profile was dark and rustic; think prunes and an array of dark fruit, with a leafy herbaceous backdrop. The aromatics are intense, and carry to the palate. The fruit impressions persist, leading to a distinctly savory and mineral finish. The whole ride sits on a robust velvety structure, a classic hallmark of Carménère. The wine is fresh, but not in a fruit-driven way. The savory characteristics have a basil-esque quality, lending a unique brightness to the wine that sits distinct from the fruit.

The wine felt like an inversion of what I’m used to. I often call a wine “rustic” if it exhibits prominent earthy and savory characteristics, and “fresh” as a way to describe the fruit elements. When I have a wine that flips my expectations, it sticks with me. Espinoza’s wine is not shy - it has a lot to say, and only opens up further with exposure to oxygen. Its statement is clear, being one of many immaculate wines setting the standard for Chile. More personally, the wine shows the value in exploring. I could spend the rest of my life drinking Burgundy or California Cabernet. But where’s the thrill in that?