The end of the day. Time to forget about the stressors we’ve come across - the guy who stole the parking spot, that kid who threw their trash on the ground, or the lady that didn’t pick up after her dog when it pooped on the sidewalk. Relax, breathe in, breathe out, count to ten and let it go.

When it comes time to turn off mentally and unwind, nothing helps me more than sitting back, cracking open a bottle of wine, and putting on a movie. I know I’m not the only one. Being whisked away in a story on screen can aid in forgetting the chaos around us and put us in a better headspace. The wine doesn’t hurt either.

Taking it one step further, and adding to the pure enjoyment of the film, I love to match what the characters in the movie are eating and drinking to what I’m having at home. Pizza with the Ninja Turtles movie, Reese’s Pieces with E.T., any candy with Charlie and the Chocolate Factory, drinking wine with Sideways, or crafting cocktails or sipping Champagne with Casablanca, imagining I’m sitting in Rick's Café Americain with the other patrons. Maybe it sounds odd, but it’s fun. Don’t hate. Don’t ruin my good time.

One such winemaker with an affinity to movies, like myself, is Emile Hérédia. Nicknamed “The Prince of Pineau d’Aunis,” Emile was, up until recently, creating wines from 150 year old vines in the Loire Valley. He sold his residence and made the move to the warmer, sunnier weather of the Languedoc. Now, he’s farming 6 hectares with a simple philosophy, to create wines with no chemicals nor synthetic materials, that are hand harvested, fermented on native yeast, without fining, filtration, and without added SO2. Each cuvee is named after a classic film and The 2010 Un Dimanche a New York is 100% Cinsault from vines averaging 70 years. It shows a pale garnet robe with a bouquet of red cherry, earth, and gentle fall foliage notes. On the palate, ripe fruit, soft tannins and an elegant hibiscus nuance come through, beautifully proving natural, no added sulfite wines have the ability to age gracefully. Paired with one of my favorite non-spicy Thai dishes, Kha Moo, or pork braised with star anise, cinnamon, black peppercorns and the film, Sunday in New York, you’ve created an unbeatable trifecta, even if it’s not what they’re eating in the film.

Now that you have your wine, dinner, and movie set up, you’re ready for an evening of zen relaxation, for tomorrow is another day, filled with more chaos, stress, and dog poop left on the street. Luckily, more wine, food, and movies await. 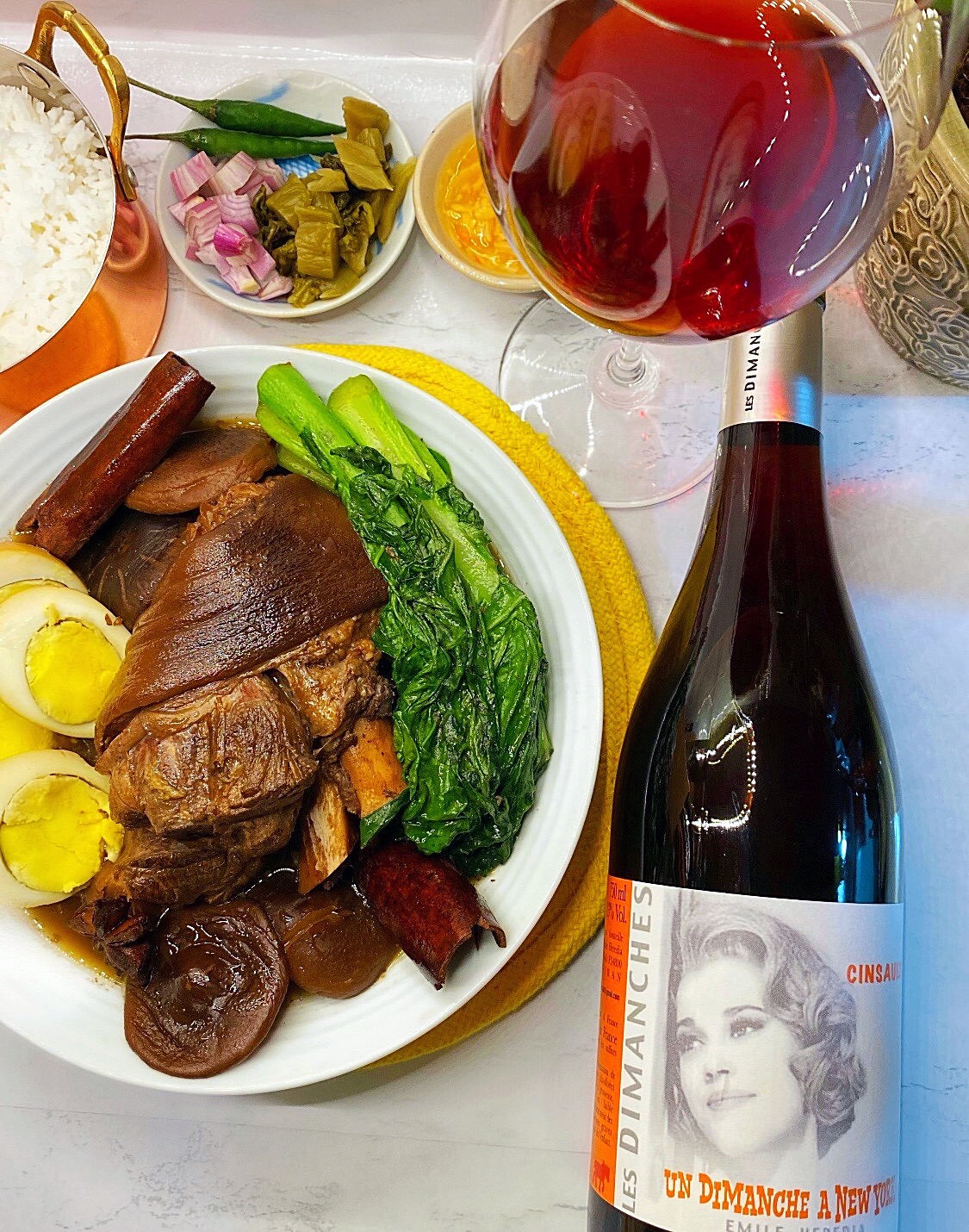