Campania. The region, most famous for Mount Vesuvius and the death and destruction it caused to the ancient city of Pompeii, is often overlooked when it comes to its wines, when compared to the heavy hitters of Piedmont, Tuscany, and elsewhere. But when it comes to food, Campania, and more specifically, the city of Napoli, reigns supreme, staking the claim of creating the world’s favorite and most far reaching food, pizza.

Though flatbreads, in one form or another, have existed for thousands of years, eaten by the ancient Egyptians, Greeks, and Romans, the modern version of pizza we all know and love all began in Napoli.

Founded around 600 B.C. as a Greek settlement, with its bustling waterfront, Napoli has always been seen as poor and working class. These laborers required a quick and inexpensive meal on the go, and pizza was the perfect food to supply speedy sustenance.

Here, the dough is thin, sparsely topped, and cooked hot - very hot, so that it goes from the oven to your mouth in mere minutes. There’s no meat-lovers, no twelve-topping pies, no thick crust, and definitely no deep dish, just a balance of dough and minimal toppings, utilizing the very best ingredients available - further begging the question: is Chicago-style pizza even pizza? I argue no, but that debate will have to wait for another time.

Even in our modern times, in Napoli, three tradition pizzas continue to remain the most popular and beloved. The Marinara - dough topped simply with tomato sauce, and possibly some olive oil, dried oregano, and garlic. The Margherita - dough topped with tomato sauce, buffalo mozzarella, and basil. And finally, Salsiccia e Friarielli - pork sausage, spicy or mild, along with an indigenous type of rapini, or broccoli rabe, either with or without the addition of cheese - mozzarella or Provola, smoked or not. Simple. Sparse. The best.

Taking its name from the Samnite tribe that once populated the area, I Pentri is a small, family-run ten hectare estate located in Castelvenere, a mere sixty kilometers inland from Napoli. The vineyards are planted on the hills of Sannio Benevento, between the heights of Monte Taburno and those of the south-eastern Matese. Only estate fruit is used for the many cuvées produced, with zero herbicides, pesticides, fungicides, etc. used whatsoever. Harvests are done by hand and spontaneous fermentations for the reds, and indigenous yeast innoculations for the whites, are implemented, with no additions nor subtractions.

The 2010 I Pentri “Flora” is 100% Falanghina, gently pressed and both fermented and aged in stainless tank, allowing the pure expression of the fruit to be the focus. It shines a deep gold in the glass and luscious aromas of roasted pineapple in syrup, clover honey, jasmine flowers, and roasted hazelnuts on the nose lead into a richly textured palate perfectly balanced by vibrant acidity. Lingering flavors of honeysuckle leave you craving the next sip, and when enjoyed in accompaniment to the Pizza con Salsiccia e Friarielli, especially with the addition of spicy sausage, the combination couldn’t be more perfect, as the Falanghina whisks away the heat and fat of the pork sausage - an absolutely delicious and remarkable pairing.

A meal as Campanian as this should be finished with an elixir as profoundly regional: the ethereal Nucillo “Vesuvio” of ‘E Curti.

Following a Neapolitan recipe dating back to 1894, hulls of green walnuts sourced from the family’s own trees on Vesuvius itself are quartered and left to steeped in alcohol-filled demijohns for one hundred days in the warm sun on the terraces of the family’s trattoria. After the infusion, clove, cinnamon bark, and nutmeg are incorporated, deeply perfuming this digestive liqueur. A final gentle filtration through old linen cloths is performed before sugar and water are added, diluting the ebony-toned tonic to 50% ABV. Poured over a single cube of ice along with the garnish of orange peel, one can settle into the satisfying conclusion of the meal, sipping history, tradition, and the culinary influence of this lesser known region. Cheers! 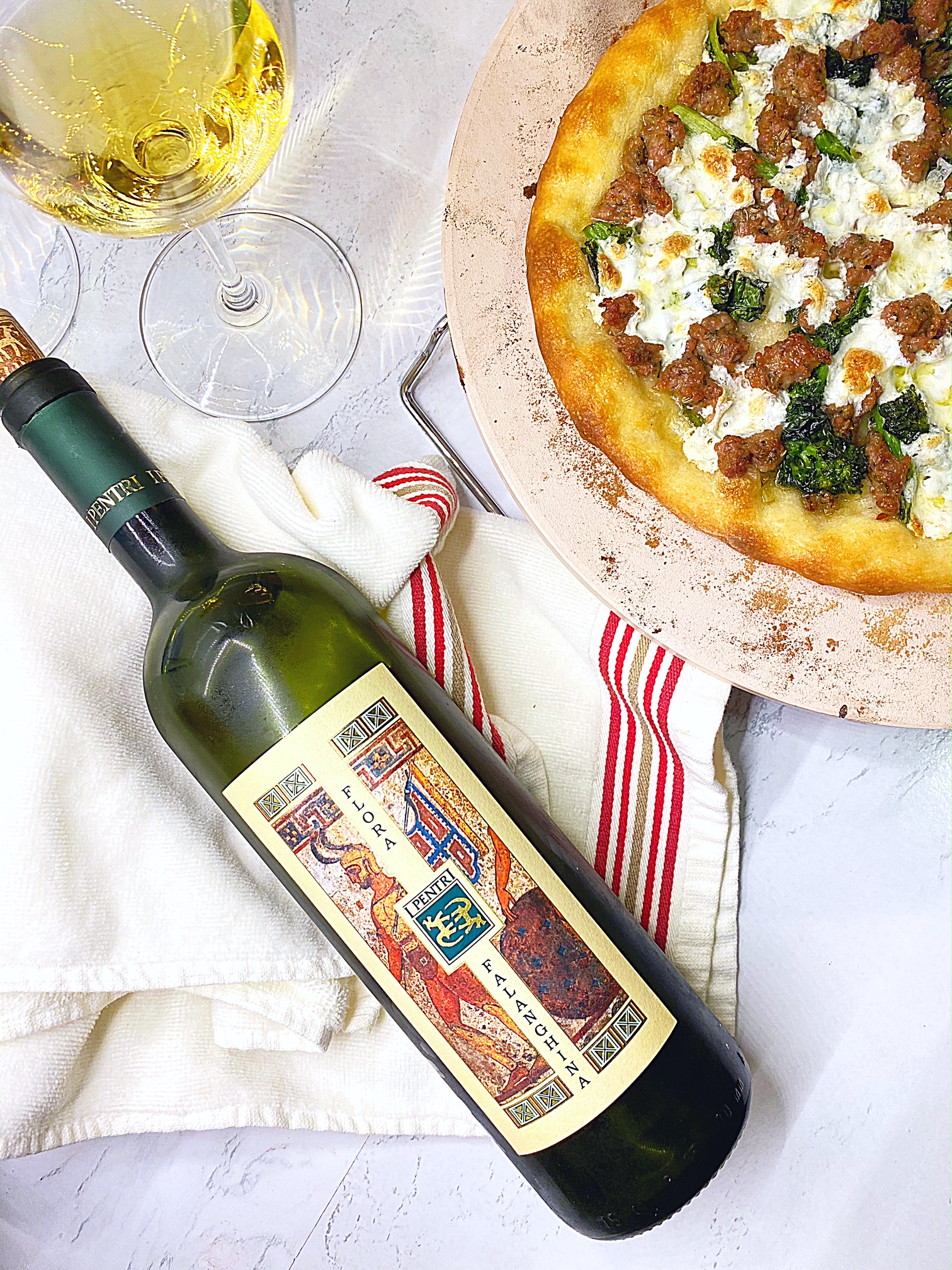 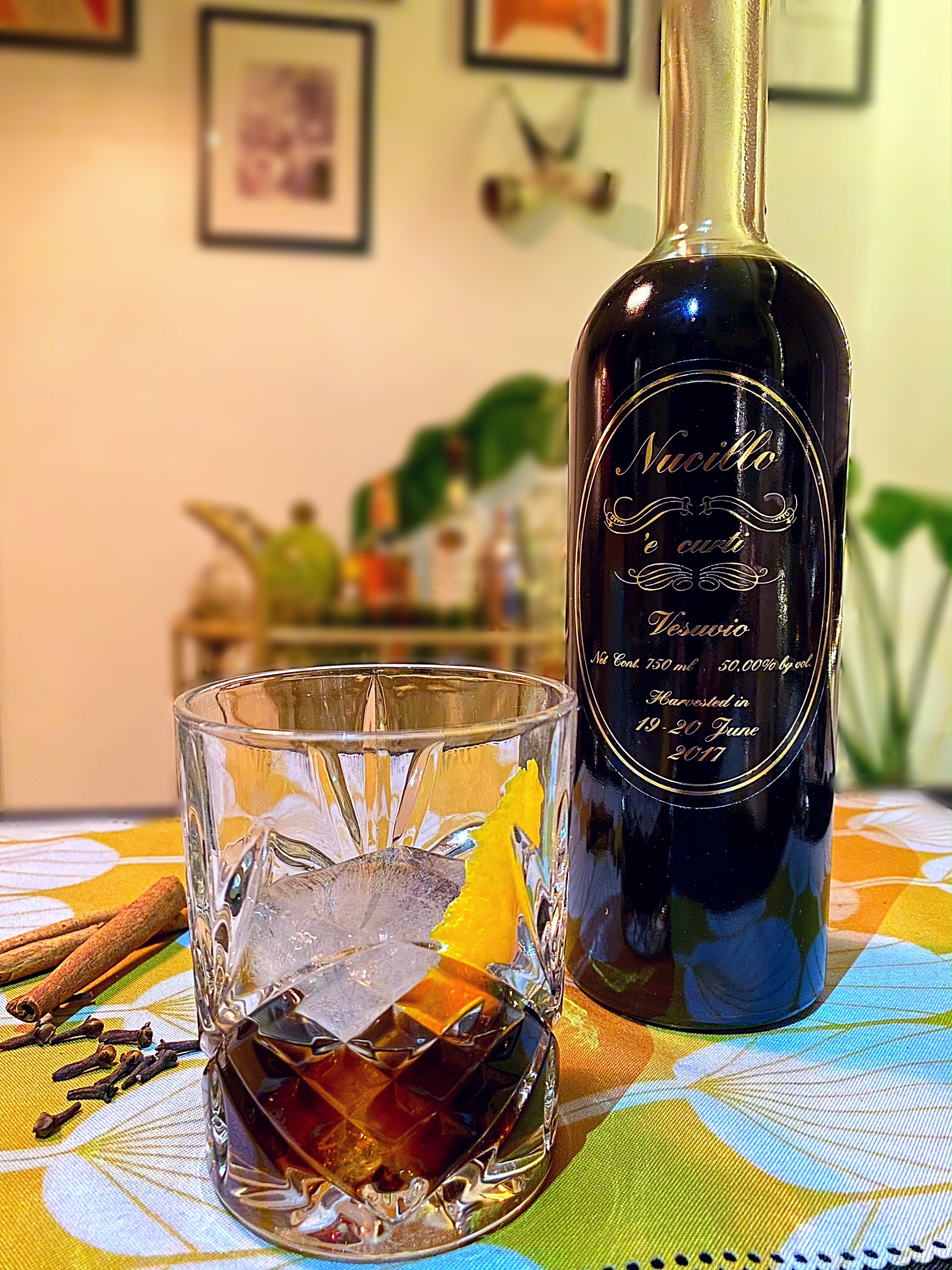