It’s probably obvious by now that I’d opt for a red over anything else given the red-dominant nature of the blog posts. I realized I had to add some variety, so, this week, I went with a total wildcard: Weingut Pittnauer’s “Blonde by Nature.”

My experience with orange wines—especially those made with biodynamic and otherwise non-traditional methods—has been checkered. I’m almost always immediately offput by the nose, which can resemble anything from cow manure to vinegar to sour beer gone bad. The “funkiness” of the nose doesn’t always translate to the palate, but it’s more than made up for in wild flavors. My general conclusion when it comes to these wines: It just doesn’t taste like wine!

I chose Blonde by Nature because of the color, the label, and my general awareness of the producer. They also make Rose by Nature, which was hugely popular when we had it in stock. So, I figured, it would be a fun if not totally weird experience.

In the bottle—and the glass—it looks just like a peach Bellini. It’s cloudy, because it’s unfiltered, and a yellow-golden color from the skin contact. It’s made from a blend of Chardonnay, Pinot Blanc, and Grüner Veltliner. It’s a really random blend in my opinion, but I can see how the different grapes balance each other out—most notably, Chardonnays tropical and somewhat creamy notes contrasted with the minerally, highly acidic nature of Grüner.

When I first opened the bottle, as usual, I took one sniff and said, “Nope.” I put it aside and went and did other things. But don’t let that deter you; in fact, when I’m selling wine sometimes, people actually want their wine to smell like sulfur or volatile acid or barnyard. So, if you’re that guy or gal, you may like it!

It did, however, change a lot once it opened up. I knew that funky smell would air off, so when I finally did go to smell and taste it again, it was much more fruit-forward on the nose. My initial notes were tropical fruits: pineapple juice, mango sorbet, and peach nectar. It also smelled slightly tangy and yeasty, resembling kombucha. The “natty” aroma was toned down but still somewhat present, or maybe I just got used to it.

The palate was interesting: It was slightly effervescent on the tongue, which once again faded as the wine aired out. It was medium-bodied and dry, though not overly tannic at all. It was tarter and more acidic than anything, and it reminded me of a tropical smoothie in wine form. Though tropical and tree fruits took over most of the time, the finish was decidedly citrusy. This one’s totally easy drinking and a great one to show friends who are curious about something different. It’s, like most blondes, fun! My advice: let it air out. 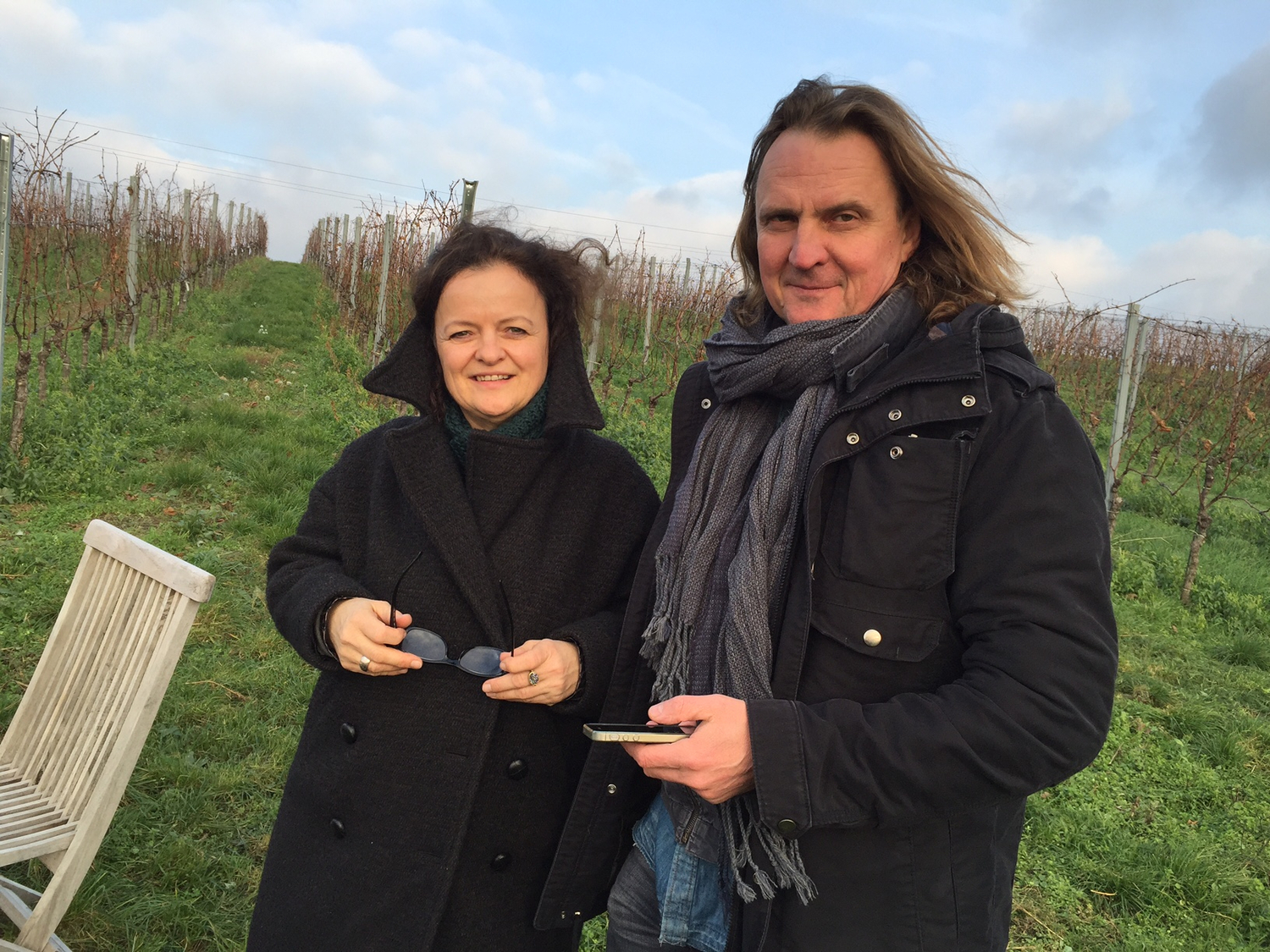 Brigitte and Gerhard Pittnauer of Weingut Pittnauer in Burgenland, Austria.

This wine lived up to all the expectations of its producers, Brigitte and Gerhard Pittnauer of Burgenland, Austria, whose goal is to create “living wines” using organic and biodynamic farming practices. When Gerhard’s winemaker father unexpectedly died in the mid-80s when Gerhard was 18, he had to take over the vineyard with no knowledge of winemaking. To boot, he had to train himself during a time of chaos and scandal in the Austrian wine market.

He decided to approach wine from a totally individual perspective. He owns/rents 15 hectares and does everything on the vineyard manually, from composting to pruning to picking, with Brigitte, his wife. They follow no calendar; only perfect ripeness of the grapes and conditions of the vintage drives them to start the process. Both consider themselves “students presenting the current findings.”

It’s a heartwarming story, really. And their dedication to creating living, breathing wines with a totally unique voice comes through in this wine with every sip.