We don’t just pair wine with food; it also tends to complement the broader rhythms of life. Lighter, crisp wines can enliven us when drunk in the summer sun, yet can feel lacking in depth while sipped next to a fire on a cold winter night. In these latter occasions we might yearn for something deeper and more robust, for both inner warmth and contemplation, but the same wine can be overbearing on those already oppressive summer days. Weather, seasons, and holidays all shape what we drink, both consciously and not. I taste so many different wines these days, however, that my cycle is all out of whack. These past few August weeks have had me craving big, chasmic reds, to the confusion of those I tend to drink and share wine with. Naturally, this has led me to the wonderland for such wines, Bordeaux. On some 87°F day this week I opened Château Le Puy’s 2017 Emilien, a right-bank, Merlot-driven Bordeaux of elevated finesse.

Within France and the wine world more generally, Bordeaux represents something akin to a traditionalist old guard, a result in part due to the international prestige earned by their wines over hundreds of years. The natural wine movement, insofar as it can be understood as one cohesive thing, has not yet taken as deep of a hold here as other parts of the country. There’s a widespread hesitancy among producers to shift away from practices that have delivered some of the most coveted (and expensive) bottles in the world. But Château le Puy, whose estate sits on the same limestone-rich plateau as Saint-Emilion and Pomerol, is showing how biodynamic and other natural practices can be used without abandoning what makes Bordeaux, Bordeaux. At le Puy, habits in vogue with many natural winemakers, like animal traction and the use of vegetal fertilizers, have been employed since the 1600s. They’ve been releasing wines without added sulfites since 1990, making them one of the forerunners in the region for the practice. Jean-Pierre Amoreau and his son Pascal manage the domaine, as their family has done for hundreds of years. Their ancestors called the land “Le Coteau des Merveilles”, or "The Hill of Wonders” for its capacity to produce delectable wine, with its grapes often sourced by more famous châteaux from across the right-bank. Perhaps it's an apt description - my cursory reading about le Puy suggests a remarkable biodiversity on the land, ranging from deep integration of domesticated animals like sheep and horses to a wide variety of insect life fostered by their orchard and medicinal herb plantings. 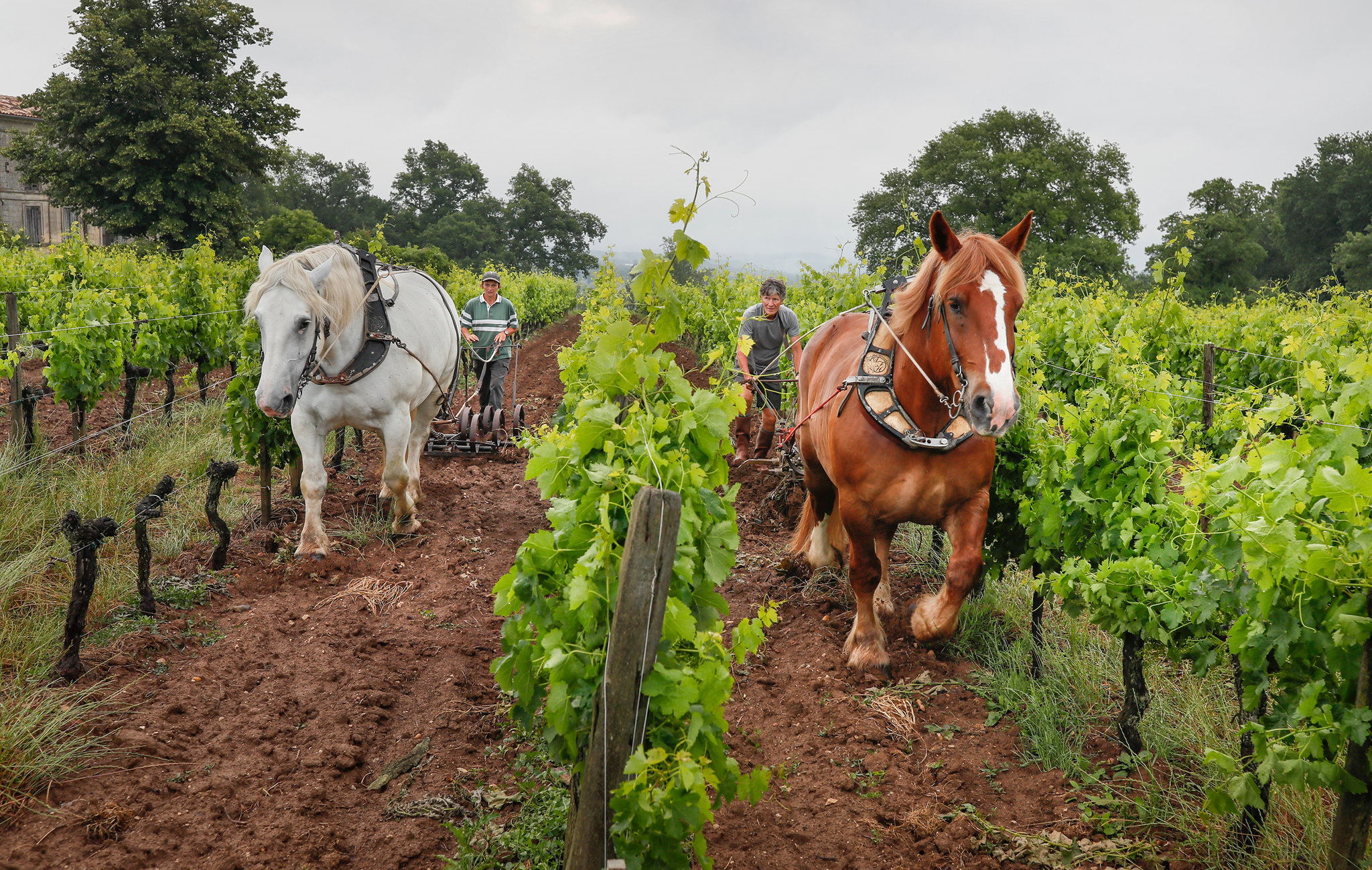 This wine, the 2017 Emilien, deserved a proper decant, so I let it sit for a few hours before serving. I did have a small taste right after opening, in hopes of insight into how it would evolve. It was drinkable enough, if a bit tight. The wine’s acidic structure was evident from the start, as if it was tying the wine shut in a little bow. After a couple hours, that bow unfurled, revealing pleasant aromatics of ripe red fruit and a forest-floor quality that balanced elegantly. Acidity lined all ends of the paralleled palate, lending the wine a persistent freshness that was quite distinctive for red Bordeaux. Its velvety tannins, no doubt from the predominance of Merlot in the blend, were well integrated and gave the wine a lushness that made it superbly drinkable, even on a warm summer day.

Though my palate for red Bordeaux is quite limited, there is no doubt that the wine’s acidic frame is an important marker of difference here. Whether that’s because this wine is “natural” is hard for me to say, but it certainly does not obscure the fact it's Bordeaux. At least it made the wine all the more palpable in the dead of August.