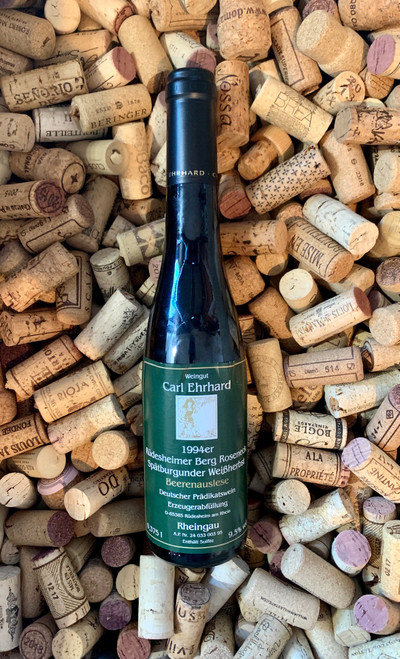 1994 375ml Spätburgunder On some of the best grounds in Rüdhesheim sit ten acres of old vines tended by Carl and Petra Ehrhard. The winery was founded 150 years ago. Since 1998, the couple has tried to merge the traditional and the innovative: old vineyard management and modern winemaking equipment. Beautifully clean stainless steel tanks line the cellar next to old oak barrels. Riesling vines (90%) flourish among Pinot Noir (10%). The soils are mostly ancient slate soils crumbling down the steep slopes. During harvest, Carl pays special attention to the ripening of his grapes, picking in multiple passes and picking out those affected by Botrytis
×

Vintage: 2019 Varietals: Tavkveri Farming: Organic/Biodynamic, Unfined/Unfiltered, No added SO2 The wine is a melancholy ruby color with a sweet aroma of cherries. It as a natural light flavor...

Perhaps the most earnest of digestivi, Elisir Novasalus is revered in Alto Adige and regions beyond. Made by an Erboristeria (master of botanicals) and trader in wines, it combines in a six-month...

Vintage: 2017 Varietals: La Crescent Farming: Organic/Biodynamic, Unfined/Unfiltered, Low added SO2 This is named after the orange butterfly commonly known as “The Great Spangled...

Vintage: 2019 Grape Varietal: Sauvignon Blanc Farming: Organic Christoph Heiss has not only taken over the family winery, he's also releasing a few wines as a side project under the 'Malinga'...