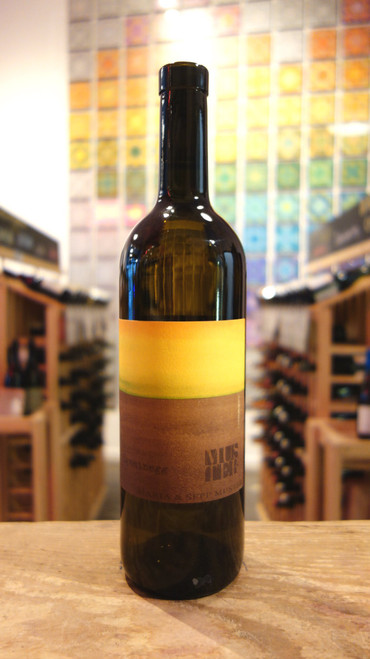 Maria and Sepp Muster took over his parents 10 hectare winery in Styria in 2000 and began to work the vines biodynamically. They had an easy transition, as no herbicides or pesticides had ever been used there before. Rocky clay and silt soils dominate the steep hills of their vineyards. This clay silt is known locally as “Opok” after which two of their wines are named. The Graf wines also feature the opok soil but have steeper south facing slopes that reduce yields and produce wines of more structure and pronounced mineral character. And finally, they make orange wines like Erde, which are in special clay bottles.
×

Type a description for this product here...

Cloudy colour, very yeasty and fresh almost unready yet. Notes of asparagus, green pepper and Williams pear with a lovely sweeter aftertaste. Not your everyday wine, a bit funky, acid and yeast...

Lively, unique and authentic orange wine. Vines are about 30 years old and have been farmed organically for 20 years. The destemmed grapes always ferment quick being pumped up with nutrition and...

Light gold with plenty of bubbles, this wine has aromas of apples and pears with pleasant floral notes. Crisp and light-bodied on the palate, stone fruit flavors are accompanied by a mild minerality...

Bright, crisp Sauvignon Blanc that drinks way above its price-point.  Les Deux Moulins is located between Anjou and Tours, with vineyards made up of gravel and schist soils, which instill the...